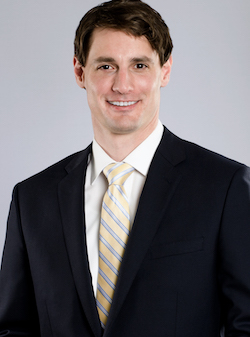 Justin handles a wide-range of employment cases, including wage-and-hour cases involving claims of misclassification, unpaid overtime, unpaid minimum wage, off-the-clock claims, and other related allegations. He has substantial experience litigating such matters on a class, collective and individual basis, both on the plaintiff’s and defense side.

He also frequently litigates harassment, discrimination, retaliation and failure-to accommodate claims under all major federal employment statutes, including Title VII of the Civil Rights Act of 1964, the Age Discrimination in Employment Act (“ADEA”), the Americans with Disabilities Act (“ADA”), the Family and Medical Leave Act (“FMLA”) and the Equal Pay Act of 1963.

Justin additionally drafts and litigates the enforceability of restrictive covenants, including non-competition, non-solicitation and non-disclosure agreements.

Bargas v. Rite Aid Corp., 245 F.Supp.3d 1191 (C.D. Cal. 2017)
In a bellwether bench trial regarding the exempt status of Rite Aid Store Managers under California law, the court found that Rite Aid established the exemption when plaintiff performed the job of Store Manager and concluded that plaintiff was therefore exempt for the vast majority of workweeks at issue.

Yee v. City of Acworth, Georgia (N.D. Ga. 2014)
Client, a former police officer, claimed that the city violated the FMLA by terminating his employment in retaliation for his taking of FMLA leave to care for his wife and interfered with his rights under the FMLA. The city asked the court to enter summary judgment on Yee’s claims. The court denied the city’s motion in full, concluding, in part, that “a reasonable jury could determine that Plaintiff’s supervisors were looking for way to terminate Plaintiff for exercising his rights under the FMLA.”

Contact Us
Practice Areas
Client Reviews
★★★★★
Always keeps me informed, explains each step of process in terms that the average person can understand. Mr. Scott exhibits a high level of professionalism, integrity and dedication to his job. A.N.
★★★★★
Very knowledgeable and approached my case with the commitment that made me feel like my case was always in the most capable hands. Justin [k]new what was best for me (pertaining to my case) even when I didn't. It was a blessing to have Justin and the Buckley and Klein firm working with me. I strongly recommend this attorney. R.L.
View More
Submit a Law Firm Client Review